Serena Ypelaar is a museum professional, historian, and writer. Born and raised in Toronto, she focuses on interpretation, colonial history, and literary biography. When she’s not writing or interpreting something, you can find her on a long walk (a “ramble”), reading Harry Potter, or attending a rock concert.

Ann Davis graduated from the University of Ottawa with a degree in English Literature, and now works within the public library system. In addition to her interests in books, history, and Canadiana, she is also passionate about travel. You can find her adventures on Instagram at @travelblooming.

Jenny Lee is an emerging arts professional who writes things, reads things, and makes things in Toronto. She’s interested in literary and cultural history, art and architecture, and writing inclusive, intersectional criticism of our cultural products and stories. She is probably listening to a podcast right now.

Lilia Lockwood is a historian working for the federal government in Ottawa. She is especially interested in local histories and in how we tell the “story” part of history. A lifelong Ottawan, she enjoys walking around the city and spending time in the company of good books and baked goods.

Sadie MacDonald is a rambling, research-loving ragamuffin currently working in the Toronto art world. Originally from the Maritimes, she spent a bit too much of her childhood in the States. She loves discovering stories in history, literature, art, and media – don’t ask her to choose just one field, though. 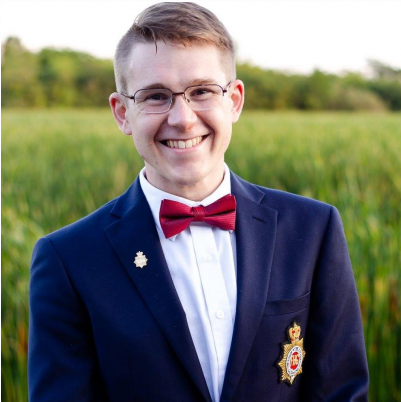 Daniel Rose is an historian and infrequent writer working in Kingston’s heritage sector. His interests include Confederation-era Canada and how museums and galleries frame stories from this time. Beyond the museum, Daniel enjoys reading about local history, recreating historic houses in Lego and spending far too much time thinking about sports.

Bretton Weir is a self-described museum enthusiast with a penchant for meaning-making, accessibility, and preservation. Originating from Edmonton, Bretton now calls Toronto home. Outside of his museum and heritage wheelhouse, Bretton can be found attending a spin class or scouting the city for some local craft cocktails (often in succession).

Adriana Wiszniewska is a writer and academic from Ottawa. She writes about art, fiction, and history, focusing mostly on modern and contemporary literature and American cultural history. She spends her days obsessing over monsters and marvelling at the things people do with words.

Find us on social media:

September 30 is Orange Shirt Day, the National Day for Truth and Reconciliation in Canada. No matter where you're from, it's an important day to discuss the lasting effects of colonialism and learn about Indigenous peoples' experiences in Canada (which has many parallels and similarities worldwide). The residential school system is just one of many official policies the Canadian government enacted in a sustained attempt to destroy the culture and identity of the distinct Indigenous peoples who inhabited this land since time immemorial.
What can 1920s literature teach us about the time period? What truths do books like "The Great Gatsby" (1925) tell us about society back then? 🍸🎆
We are three!
Are you watching NHL tonight? 🏒
Another year, another #ShakespeareDay on the books! 'Tis tradition for us to write about England's most famous playwright every April, and this year we chose "Upstart Crow", BBC's Shakespeare sitcom.
On April 5, 1994, Nirvana frontman Kurt Cobain died at his Seattle home, aged just 27. Now, 27 years later, Cobain's been dead as long as he was alive - yet he's still venerated as a rock legend. Cobain was known as a feminist, anti-racist, anti-homophobic empath - a sensitive soul. Yet this side of him wasn't always evident - in many interviews he came across as sullen or taciturn.
Exciting news! We've been featured on @thehistorycornerblog in the UK!
Today is the bicentenary of the poet John Keats' death. In honour of #Keats200, we've got a special feature on the blog commemorating the Romantic poet who died young at 25, of consumption (now known as tuberculosis).
Have you seen "The Dig" on Netflix? What did you think of it? This weekend we're unearthing insights into how the film treats archaeology - is it really about treasure-hunting, or is knowledge the real find?
Have you ever reread a book years later and found your reactions to certain characters and events have changed? Our personal vantage points can do a lot to shape our interpretation of media, and what we take away from a story.
Dying to travel and can't wait till we're allowed again? We've got you covered! Learn how to take your own virtual trip using visuals, videos, sound effects & soundtracks, all thanks to the boundlessness of the internet.
Merry Christmas, Happy Holidays, and a Happy (and healthy 🤞🏼) New Year! Thank you for your support and readership in our toughest, weirdest year yet. We love our arts & humanities community, so thanks for being a part of it! 💜 🦊 🌲
Today is the 20th anniversary of @ourladypeace's futuristic album "Spiritual Machines"! This year especially seems like the perfect vantage point to look back *and* forward - our guest feature by Bennison Smith does just that. Read his take on OLP's record, our society's relationship with technology, and the band's forthcoming follow-up to Spiritual Machines on the blog now. LINK IN BIO
What better way to escape pandemic-related isolation than by checking out some photography? Vivian Maier's work transports us to the streets of Chicago and New York, and her success has led to questions about her personal life. Our latest article looks at Maier's work and the issue of privacy for artists after their deaths. Check it out now at the link in our bio! 🦊
Remembrance Day may be over, but you can still honour veterans at any time of year. How about a war film while you stay at home? We took a look at the cinematography of @1917 to examine how the film's long takes absorb us right into the battlefields of World War I - falling into step beside the soldiers who sacrificed so much.
Over the past weeks, we’ve been listening, learning, and reflecting with specific regard to our work as a blog that highlights history, literature, art, and biography. We can and must commit to more inclusive perspectives in literature and art beyond just the western canon and “mainstream” history.